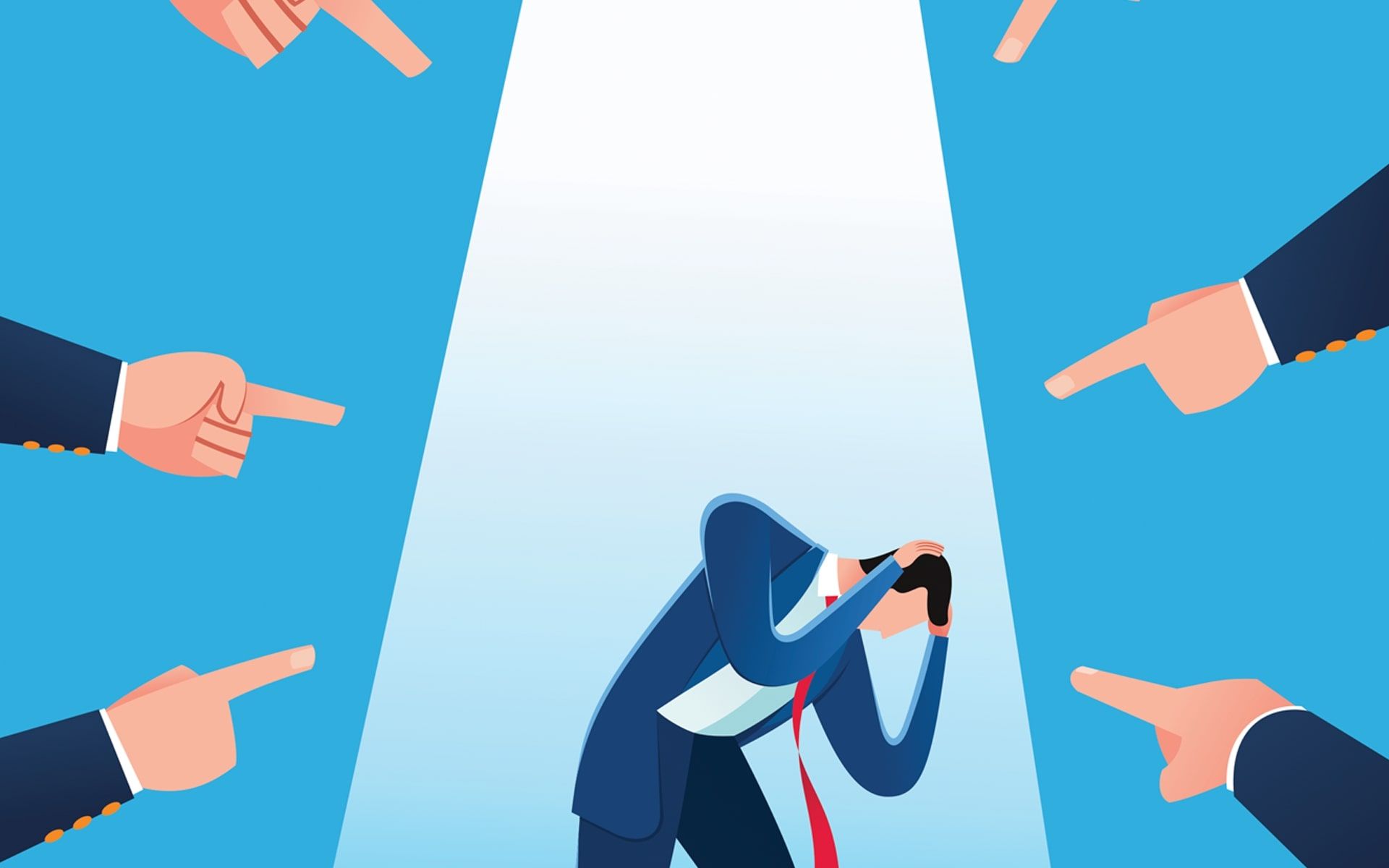 How to Respond to Oppression

Question: Oppression is everywhere and exists in almost every form. How should believers respond to oppression when they have to face it?

Oppression, at its most basic form, is a transgression of boundaries and a violation of others’ rights. Killing an ant is oppressive, for nobody is authorized to take an animal’s right to life unjustly. If it is human who is being unjustly treated then it is definitely a form of oppression of a much higher magnitude. As for the oppression committed against a collective group of people, that is an incomparably greater and more horrible misdeed.

Irrespective of its exact nature, believers are seriously warned not to oppress others. Otherwise, it will appear on the Day of Judgment as a manifold darkness that will suffocate and distress the one who oppresses (Bukhari, Mazalim 9; Muslim, Birr 56). Each act of oppression and injustice – be it against animals, people, or even God – will appear before that person as a separate trouble in the Afterlife.

Oppression, according to some insightful scholars, is among one of the obstacles that can prevent a person from embracing faith. While it is an obstruction to having belief in God, it is similarly a significant reason that causes believers to drift out of the realm of faith.

Given that oppression is evil to this degree in regard to how other people are treated, it definitely needs to be prevented. According to Prophet Muhammad, peace be upon him, everyone should try to prevent oppression depending upon their capability, power, and position be it by direct intervention or via verbal objection. In the event that a person cannot resist oppression physically or verbally, it is at least necessary to protest the oppressor in one’s heart (Sahih al-Muslim, Iman 78; Tirmidhi, fitan 11; Abu Dawud, salat 239). Likewise, it is a famous old adage that “(the) one who remains silent before oppression is a mute devil.”

Preventing oppression on a smaller scale is within the capability of individuals, but there are some forms of oppression that can only be prevented by the state. In this contemporary world when justice and democracy have wide – though not perfect – prevalence such oppressions are committed at degrees big enough that even states are not able to tackle them. Preventing those oppressions and successions of atrocities, by which people are swept away in floods of blood, families are shattered, children are orphaned, and spouses are widowed, can only be possible through the hands of certain international establishments and organizations.  In this respect, those who remain silent before oppression while they have the power to stop it—be they individuals, a state, or an international establishment—in a way have a share in that oppression by turning a blind eye to it and not taking the preventive action that they could have, and they will be treated accordingly on the Day of Judgment.

As it is very important to take a stance against oppression and to prevent it, determining the correct strategy to follow while not making any mistakes with the method is no less important.  People must reckon well from the beginning how they can prevent unfairness, be aware of their capabilities, and also must not exacerbate problems while attempting to prevent oppression. They must not commit evil by thinking that they are doing something good.

Nothing good can come from oppression

It is a gross delusion to think that one can reach any positive goal via oppression and injustice. While it is not possible to obtain any favorable outcome with oppression, it is not possible to reclaim one’s violated rights via oppression either. If people try to move themselves or their societies in a new direction, or try to reclaim the rights that they lost by means of oppression, then this will give way to new acts of oppression, violations of rights, and a shattered system of justice.  If these demands are for rights to be upheld and for justice to prevail, then strict adherence to a righteous course is needed from beginning to end. Just as the end should be lawful, so should be the means and ways to that end.

We do not know exactly to what degree we can prevent any oppression and injustice in our time. What matters most is being on the path to setting things right and correcting previous misdeeds.  The duties that befall the wayfarers of the righteous path are that they must always be representatives of what is right and truthful, open one’s heart to everyone, and also not respond to oppression and injustice committed in the same wrong way.  To put this in the words of the Poet Nabi:

“Do not trouble anyone with oppression
Even if they did oppress you, you do not be unjust to them
Do not arrive at God’s door with complaints
As for those who oppressed you, leave them to the Divine.”

In many instances, we quote, with a little bit of boastful considerations, the names of masters such as Jalaluddin Rumi, Yunus Emre, Ahmad Yasawi, or Haji Baktash Wali and bring their tolerance to attention. It is easy to make mention of Rumi, but it is difficult to be like him. At a time when you make mention of Rumi, are you really able to open your arms for all people, even for those who insulted you?  When they come upon you, do you seek ways to settle issues in a peaceful manner?  Are you able to make those who bear hostility against you share the same peaceful considerations after a while?  This is how you become a Rumi in the real sense.

Historians mention the following anecdote about the tolerance of Rumi:  One day, a rude bigot accosted him and criticized his statements such as, “one of my feet is in the center of Islam, while the other is among all nations of the world.” He accused Rumi of apostasy, misguiding Muslims, and proceeded to let out an invective against him.  Without ever interrupting the man, the venerable master listened to him peacefully with God-granted self-restraint. On seeing that the man stopped talking and had no other words to say, he asked if he was done. When the man replied in the affirmative, Rumi spoke with a soft voice and said, “You are most welcome; my heart is open for you too.”

This is the very point at which words cease.  In such a situation, all of the negative feelings within the latter melted away. The grudge and hatred suddenly started pouring down in the form of fireworks of love. While it is possible to treat people with showers of light, why should we shower them with meteors instead?

If you are focused on representing the spirit of Rumi, even if those who show hostility towards you commit oppression and injustice against you for one, two, three, or four times, they will give up such acts after some time on account of not having the same kind of response from you.  Now, while there is a way to settle issues with mildness and agreement, why should we engage in other behavior that will only spur ill-feelings and hatred?

One thing that needs to be kept in mind is that we can give up on our personal rights and forgive others for their unfair treatment of us.  However, we do not have the authority to forgive on behalf of others when there is an offense against values like faith or country. When such an offense happens, we should make plausible explanations to offenders to show them what they are doing is wrong.  If they still insist, we deny their claims with denouncements.  If they still persist, then we sue them and claim compensation.

We must always act carefully to remain within the confines of laws and ethics, and we must never make concessions on our fairness when responding in these ways.  It is paramount that we must always act humanely but assertively.  Even while making certain clarifications, corrections, and denouncements, we always try to give positive messages to the other side and never make concessions from our own character.  We voice what we are to say not with whisperings of Satan, but with the voice and breath of the Archangel Gabriel.  Oppression and assaults only indicate the character of the offender.  This situation should not avert people attached to faith and universal human values to act as becomes their own character.

Is it worth it?

In an anonymous saying, the simple and transient nature of the world is expressed as follows:

Behold with the eyes of wisdom, this world is but a guesthouse;
Not a single person remains settled, what a strange abode it is.
The share of a king and subject alike, is nothing but a plain shroud.
As for those who fall for it, what else can they be called but mad?

Humankind has oftentimes made use of oppression and hatred in order to solve the problems that we collectively faced.  If only we could make use of love and tolerance from now on!  If only we were able to open our hearts to everyone so that those who enter therein would never have worries of remaining without a seat. If only we would treat everyone with a deep feeling of respect and reverence, and if only we could read into other’s feelings, their cultural backgrounds, and treat everyone with a serious feeling of empathy!  For whatever style of treatment we expect to receive from others, they similarly expect the same from us.  If we expect respect, we must show respect.  If we expect observance of our rights, we must observe everybody’s rights.

It is necessary to know that the problems in our time have taken a complicated form to such an extent that they cannot be tackled by those with narrow minds and dull thoughts.  There is not much that those with radical thoughts, who act out of bigotry in order to pursue arrogant purposes, can do for the sake of conquering people’s hearts and bringing peace to humanity.  Particularly with this harsh attitude of theirs, they can never evoke in hearts any love towards their own values.  They cannot let others love the Pride of Humanity, peace and blessings be upon him, because they are too captivated by their own worldly, illicit desires.

Therefore, for the sake of solving the problems of humanity, there is a need for people with immense conscience, rich hearts, and profound thought. Just as Rumi brought people together anew with the plausible cures he came up with some 7-8 centuries ago, in the contemporary world when people are so detached from one another, when people cannot agree on anything, and relations are built upon conflict and hostility, the duty that falls to those with faithful hearts is to revive the spirit of Rumi once again.  As far as this cannot be done, it will not be possible to put a stop to oppression and hostilities in different parts of the world.  This is particularly the case if we consider to what degree world peace is under threat by ambitious tyrants and horrible weapons prepared with vengeful intentions. It will then be best understood how great the responsibility is of the altruistic souls who have dedicated their lives to love and tolerance.