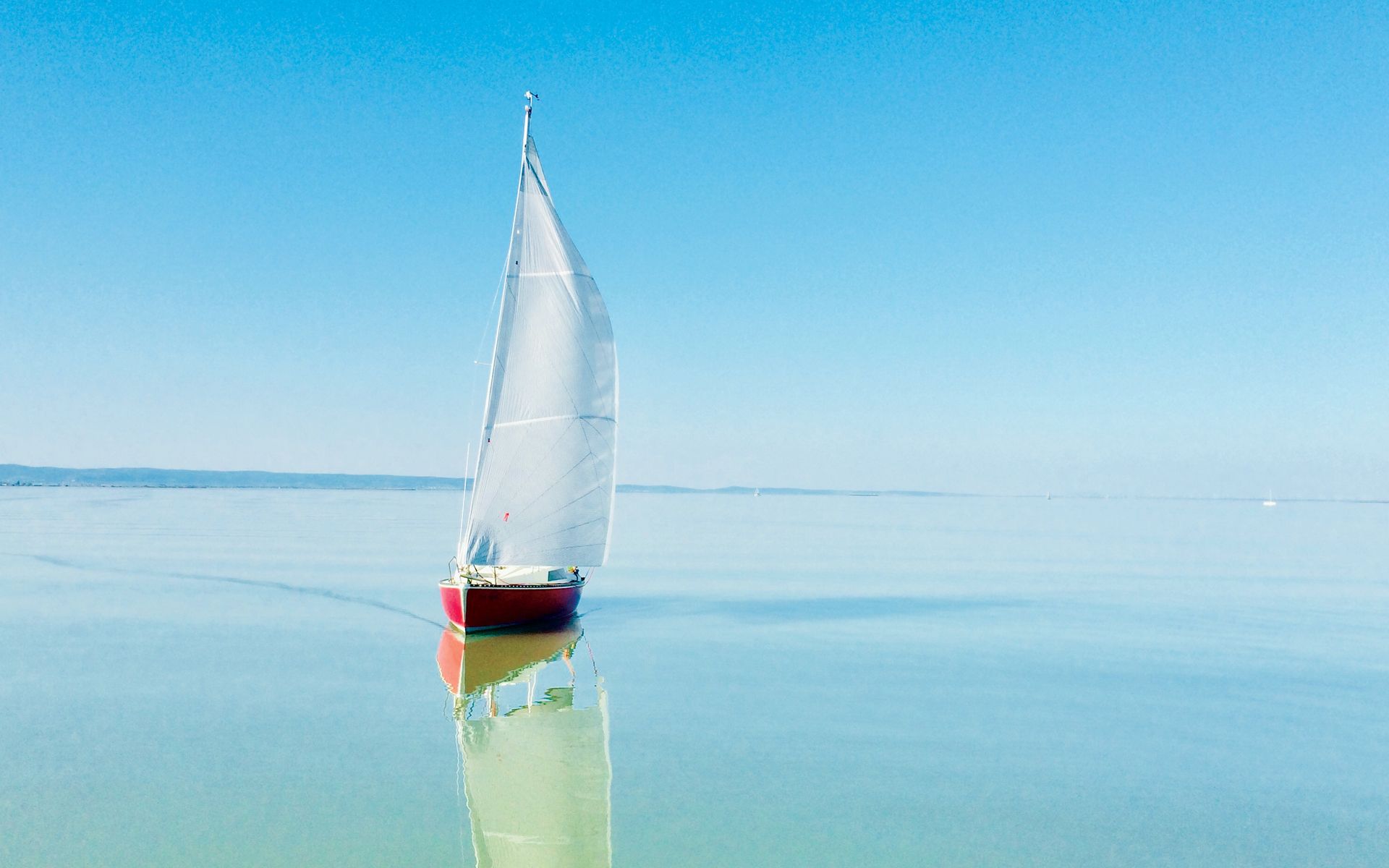 Question: It is stated that practicing religion is easy, but to many it doesn’t appear to be so. Can you please explain this apparent contradiction?

Ease and difficulty are relative concepts. It differs in accordance with personal perception and understandings. With the influence of one’s habitual lifestyle, some people might find it difficult fulfill certain religious responsibilities which are not at all difficult to observe. As for sincere believers who have reached a level of contentment in faith, they observe without difficulty so many deeds which seem to be difficult.

In many verses, the Qur’an states that religion is ease, and that God will not hold his servants responsible for more than what they can bear. We can give the following verses as an example:

“God burdens no soul except within its capacity” (Baqara 2:286).

The Messenger of God drew attention to two essential qualities of religion: “God sent me with hanifiyya al-samha” (Ahmad ibn Hanbal, al-Musnad, 5/266). The meaning of hanifiyya mentioned here is Islam being distant from unbelief and associating partners with God, and Islam taking Divine Oneness as its basis. The term samha refers to Islam being a religion based on latitude, ease, and lenience. Likewise, another narration states that religion upon hanifiyya al-samha is most lovable to God (Bukhari, Iman, 29).

In another similar hadith, the noble Prophet states: “Indeed, this religion is easy, and no one will ever overburden himself in religion, except that it will overcome him…” (Bukhari, Iman, 29).

God and His Messenger teach that the religion, which is built on ease, should not be made difficult to overburden people. With regard to responsibilities, Islam does bring certain burdens, but these are not impossible to bear. If a person says, “I will observe some five hundred units of prayer a day, I will fast for a lifetime, I will never socialize with people, I will not touch the knob of another house and will not be busied with raising children…” then this means that person is fighting against human nature and trying to make life flow in the wrong way. It is impossible for anyone at war with human nature to succeed. One who does not benefit from the natural direction of human nature but sails against the wind cannot observe the essential requirements of religion. God Almighty who knows best His servants’ position in the world around them as well as what they can or cannot bear held them responsible for certain observances accordingly.

Not eating, not sleeping, complete abstention from lawful worldly pleasures, and spending one’s entire life in a place of worship, etc. are not compatible with human nature—and natural ways in general—and thus are impossible to keep up for a long time. The Qur’an criticizes such practices:

“Thereafter, We sent, following in their footsteps, others of Our Messengers, and We sent Jesus son of Mary, and granted him the Gospel, and placed in the hearts of those who followed him tenderness and mercy. And monasticism, they innovated it only to seek God’s good pleasure – We did not prescribe it to them. But they have not observed it as its observance requires. So We have granted those among them who have truly believed their reward, but many among them have been transgressors” (Hadid 57: 26-27).

Some Christians volunteered for monasticism although they were not ordered to do so, but they were not able to bear it. When some Companions of the Prophet Muhammad, peace be upon him, made resolutions like spending the entire night in devotions, fasting every day, and abstaining from their spouse, the noble Prophet did not allow them to do so. “I am the one who fears God most and avoids evil most among you. This being so, I sometimes fast and sometimes do not. I observe Prayer for some part of the night and I sleep and rest for some part. At the same time I have a familial life. Whoever does not take this path of mine (sunnah) and turns away from it, he is not of me” (Bukhari, Nikah 1; Muslim Nikah 5).

He directed them to ease and the natural way. It is a great blessing and mercy on Muslims that Islam is built upon the natural way, ease, and lenience, and that it has no heavy responsibilities to overburden people.

The balance of blessing and responsibility

According to Bediuzzaman Said Nursi, worship is not done for future blessings, but for the blessings that have already been granted. That is, worship and devotions should not be performed as a means of gaining certain blessings we want but as a gratitude for the blessings we have already been granted. We are very much indebted to God already. So many duties and responsibilities fall to us on account of that. Therefore, no matter how much worship we observe, we will not have paid for His blessings upon us. For instance, God did not leave us in non-existence, but He brought us into the realm of existence. He granted life to us. Not stopping there, He rendered us human beings with reason and consciousness. He honored us with having faith. Each of these is a great blessing with a separate value of its own.

In addition to all of these, God Almighty granted us further blessings beyond count. All of these blessings call for thanksgiving of their own kind. A person has a responsibility of servitude to the Exalted Creator who showered them with interwoven blessings. This point must be logically accepted. A servant should know they have a responsibility toward their Creator. A person who is blessed with certain honors in the world knows that there are certain responsibilities and duties brought by such an honor. Accordingly, believers who received honors beyond everything else—that they are servants of God and took their place behind the Messenger of God—are they aware of the greatness of their own responsibility and liability?

Mukallafiyya (responsibility) and kulfa (burden) are two Arabic words derived from the same root. Every responsibility more or less involves some burden. Namely, a person with a responsibility has to deal with certain challenges. However, the challenges brought by religious responsibilities are nothing beyond a person’s capability. Not imposing “beyond a person’s capacity” is the essential character of religion. Every task in the world has greater or smaller challenges of its own. Religious liabilities are no exception. Despite this, it’s still possible to observe the practices of Islam in accordance with its principles.

To expound a little further on this, there is a certain extent of burden and challenge in observing the commands of religion. For example, the Messenger of God counts “taking ablutions properly even in difficult conditions” among the deeds that expiates one’s sins and elevates the person’s rank in the sight of God (Muslim, Tahara, 41). His other statement pointing out that Paradise is surrounded by certain difficulties and (outwardly) unpleasant things point to the same meaning (Bukhari, Riqaq 28; Muslim, Jannah 1). Each act of worship—such as prayer, fasting, charity, sacrifice, and pilgrimage—has a difficulty of its own. However, none of them is an impossible burden to bear or observe.

On the other hand, what religion enjoins or forbids should not be considered as the sole criterion of whether they bring a burden or not. It should not be forgotten that these practices involve so many benefits and wisdoms related to this world and the next, in both a material and spiritual sense. For example, remembrance of God and observing worship effect such a deep contentment in a person and provide that person’s spirit with such relief that these pleasures can’t be found elsewhere. The Qur’an points out that hearts will only find rest and satisfaction with remembrance of God (Ra’d 13:28).

It is certain that each act of worship has many more benefits with regards to one’s individual, social, and economic life. Beyond all of these, a person attaining eternal blessings in Paradise and gaining the good pleasure of God depend on fulfilling these responsibilities. When worship and other religious commandments are considered together with the entirety of their benefits and wisdoms, it’s impossible to see them as difficult. This is one of the meanings of Islam being hanifiyya al-samha.

“Make things easy, do not make them difficult!”

Although religion is based on ease and promises great benefits—for this world and the next—unfortunately some people do see it as impossible to practice. People of our time are much diseased in terms of their spiritual life. Just as Nursi stated that his works were meant to repair “the incalculable damage that has been inflicted on the all-embracing citadel which contains Islam…” (The Rays, Seventh Ray), we are, too, faced with a citadel exposed to ruin. The basic essentials of faith have undergone quakes. Very strange thoughts about Divinity are commonplace. The teachings of the Messenger of God are not followed. There is gross disrespect against parents. Our families are being shattered, our kinship ties are weakening, and our social relations are shaken. When the actual duties and responsibilities to be observed toward God are not fulfilled, the responsibilities beyond are neglected all the more so. It is as if we are in an overturned ship and things inside it are scattered here and there.

To appreciate the worth of religious commands and to observe them properly without worrying about their difficulty, it is necessary to repair this ruined citadel and to restore the ship whose parts are scattered. In other words, society needs to be given a very serious rehabilitation and be guided on the right path. To achieve this, we must always turn to “Talk of the Beloved” and constantly focus on faith, knowledge of God, love for God, and zeal and enthusiasm for His sake. While representing the faith perfectly, we must utilize every opportunity to tell people about our Lord, His Messenger, and beauties of the faith. While telling about Islam, we should comply with the message to “Make things easy for the people, and do not make it difficult for them; give them glad tidings and do not make them averse” (Bukhari, Ilm 11; Muslim, Jihad, 6). We should rather take the objective principles of religion as our basis.

Together with this, we should not forget that there are also some subjective responsibilities besides the objective principles of religion. Along with fulfilling the basic principles within a certain frame, saintly servants of God also sought to observe the much more difficult sides of religion, too. Some of them took the absolute commands revealed in religion and spent their entire lives with worship and devotions. And this is a matter that relates to a person’s horizons of knowledge of God and consciousness of perfect goodness. However, very few people in our time feel themselves under such responsibility and act accordingly.